Michael Marvel Ortiz is a young boy who loves to dance and sing like Michael Jackson and He is Sparkle Glitter & Shine's little Brother and Shimmer and Cat son, Kitty's Nephew

His first appearance was in "Making a Pie". He's next appearance was in "TUFF Agent". He enjoys being in Comic Pic an other stuff and is looking forward to maybe being in a video with his Sister Shine *it's been his dream since he was five* He is also going to make his debut in the animated series, Wubb Girlz' Musical Mysteries

Michael is very well mannered and dose not disrespect anyone. He never gives up on Shine or her sisters and friends, no matter how bad a situation can seem at times. One time Shine was very Heart brokin and Michael offered to go with her to her first dance ever, Shine was more than Happy to have a Brother like him. After also being left by her boyfriend Sparkle was very sad, But Michael told her tha He adimred her,and She and Him become boyfriend and Grilfriend

Michael's well known for being a Fan of Michael Jackson The King of Pop, He wears Black Paints and Loffers with white sparkle Sockes, and a Belt with a Letter T on it, with a Blue shirt and a red Jacket. 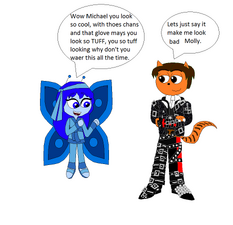 Michael and his Little Sister Molly 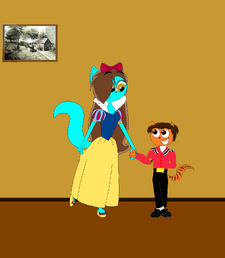 Michael with his Big Sister Shine 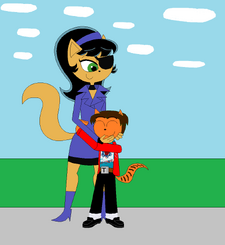 Michael with his Mom Cat 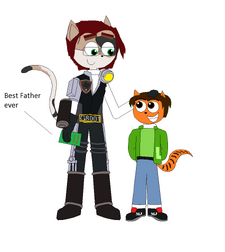 Michael with his God Father Audy 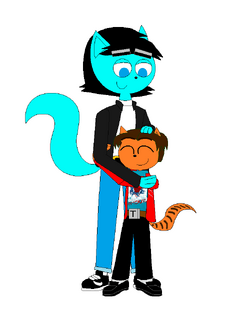 Michael with his Big Brother Aaron 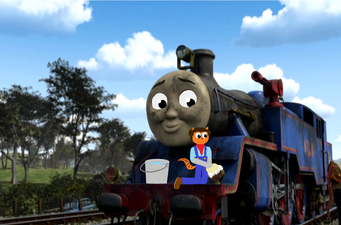 Michael with Belle the fire engine 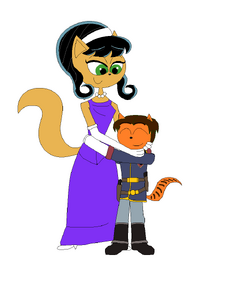 Michael with his Aunt Kitty 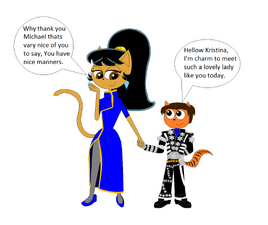 Michael with is Cuzin Kristna 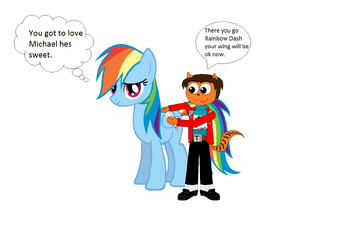 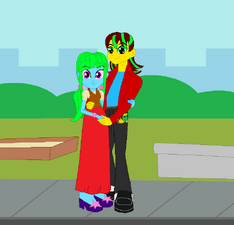 Michael with his wife Sparkl
Community content is available under CC-BY-SA unless otherwise noted.
Advertisement